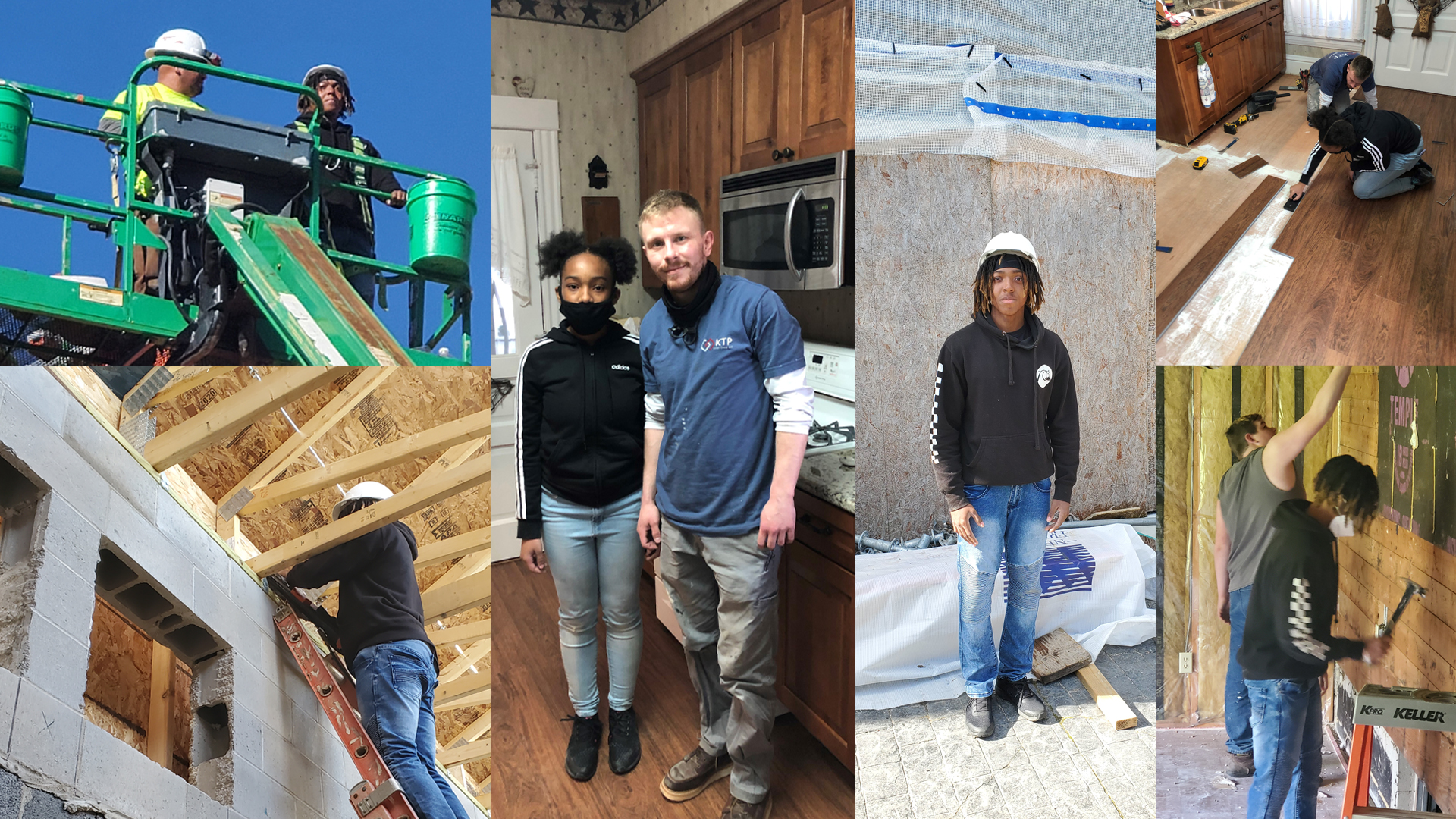 As secretary/treasurer of J.C. Building Systems, Inc., Amanda Paul is familiar with the construction industry. Her husband Brock has owned the Kenosha-based construction company for 19 years and together they have weathered the high and lows that come with running a small businesses in a seasonal and sometimes challenging industry.

Last August, like many of us, she was watching some of the coverage of the cleanup and rebuilding efforts following the protests and unrest when she heard a comment about the lack of representation of people of color in the construction trades. “I paused and reflected on that. I had always thought the disparity that existed there was one based on preference. I did not know that encouragement or opportunity were factors as well,” said Amanda.

She considered what could be done about it and decided to act, thinking a shadow day might be a good place to start. “I thought that if kids were invited to come check out these businesses and how they operate for a day they might be able to picture themselves in these types of careers and perhaps they would feel comfortable participating in the apprenticeship programs the schools offer.”

That’s how on the inaugural Tradesman Shadow Day happened on Friday, May 7th.

She connected with Lora Lehmann, a youth apprenticeship specialist at Indian Trail High School and Yolanda Jackson-Lewis, coordinator of diversity and student/family engagement at Kenosha Unified. They believed in the concept and helped her get the idea off the ground. “It’s hard to be what you can’t see. It’s also hard being the first or only one,” said Jackson-Lewis. “For some of our young people who may be interested in a particular trade, if they do not see themselves represented, it can be a deterrent.”

Amanda wrote emails, letters, and social media posts trying to get business involvement, all during a pandemic which proved to be extra challenging. In all, four students spent the day at four businesses.

When asked why he thought more people of color aren’t represented in the skilled trades, Brock Paul said he believed there are a number of reasons. One being the fact that most, especially smaller, contractors hire from family and friends of those they already employ. “There is a dwindling amount of people entering the trades to begin with. It’s hard to find people.”

Kyle Pollitt is an installer for Carpets Plus Outlet and agrees with Brock and adds that there are little to no opportunities for young students of color to learn about the possibilities in the trades. He hosted Cherish, a student at Bradford High School, for the shadow day. “It was a great experience for us. Our student was a bit nervous at first, but I think was enjoying learning the steps of our process. Overall it was a good day!”

Another Bradford student, Aryah, really enjoyed her shadow day. She said, “I definitely learned a lot of new stuff! It also was very different than what I was expecting. I would definitely recommend to anyone who is interested!”

Amanda is hopeful that this initiative can open doors for kids that might not otherwise envision themselves in careers in the construction trades. “I truly hope the shadow day continues in future years as COVID restrictions relax. We have a very small group of kids checking out an even smaller group of businesses this year. But it’s a start,” she said. “I think something like this can also help further our local trades businesses that are having consistent staffing issues. I see it as a win-win for everyone.”