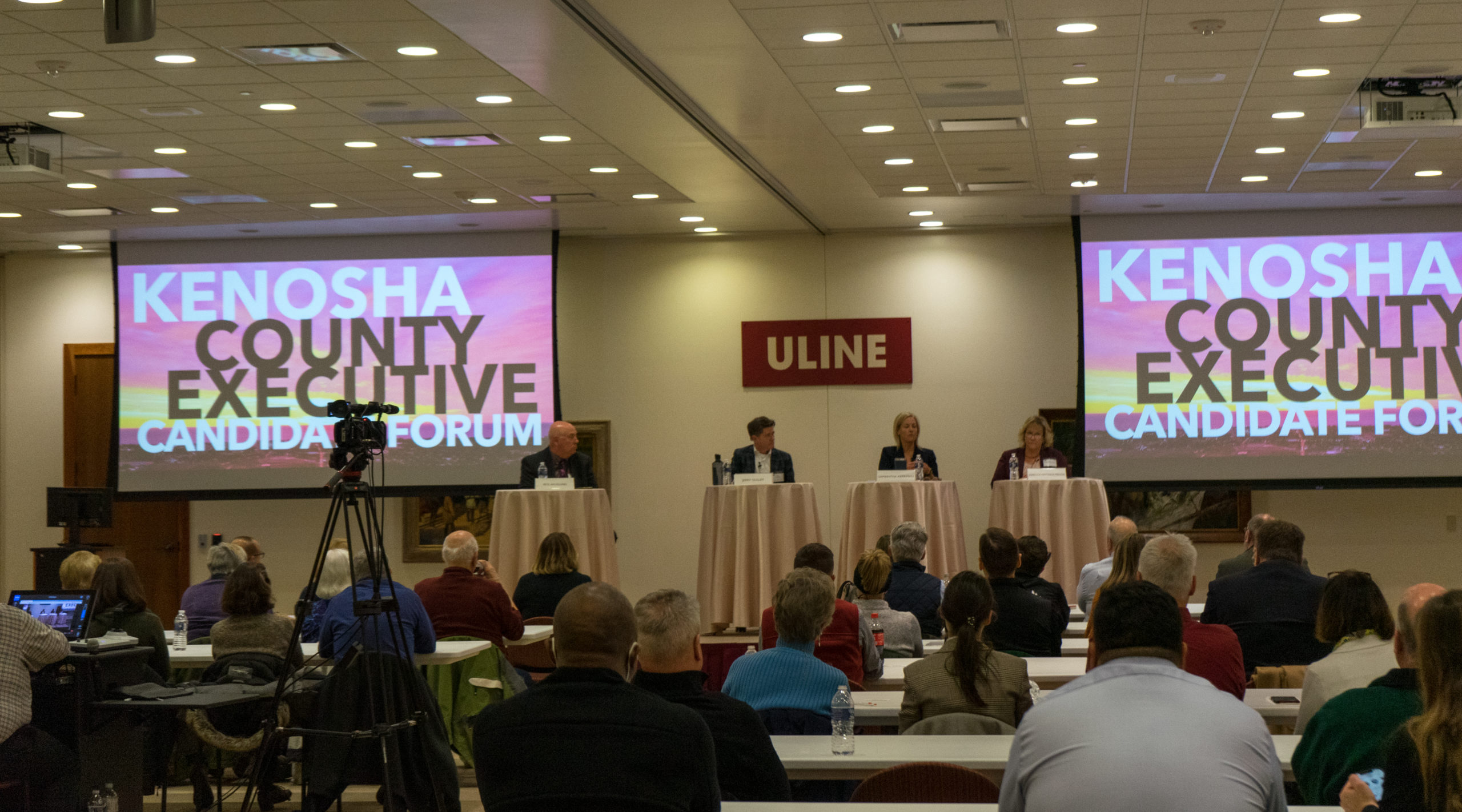 Candidates for Kenosha County Executive described their vision, priorities and stance on key issues Tuesday during a forum held at Uline Corporate Headquarters in Pleasant Prairie.

Nearly 100 people attended the forum, sponsored by the Kenosha Area Business Alliance (KABA) in partnership with the Kenosha News. More tuned in via live stream.

KABA President Todd Battle said the goal of the forum was to help educate voters, who will narrow the field of candidates to two in the Tuesday, Feb. 15, primary election.

The candidates are District 16 County Supervisor Jerry Gulley of Pleasant Prairie, State Rep. Samantha Kerkman of Salem Lakes and Kenosha County Clerk of Courts Rebecca Matoska-Mentink of Pleasant Prairie. Each gave a brief introduction Tuesday and were asked a series of 16 questions and provided a closing statement.

The two top finishers in the primary will advance to the April 5 general election, when voters will choose a successor to Jim Kreuser, who has held the position since 2008. Kreuser announced last year that he would retire at the conclusion of his term in 2022.

Battle said the new County Executive will be the Chief Executive Officer of an institution that has a nearly $350 million budget, 1,000-plus employees and provides services to 170,000 residents.

“So, it’s very important that we hear from the candidates and learn a little bit about their vision and views for this office,” Battle said.