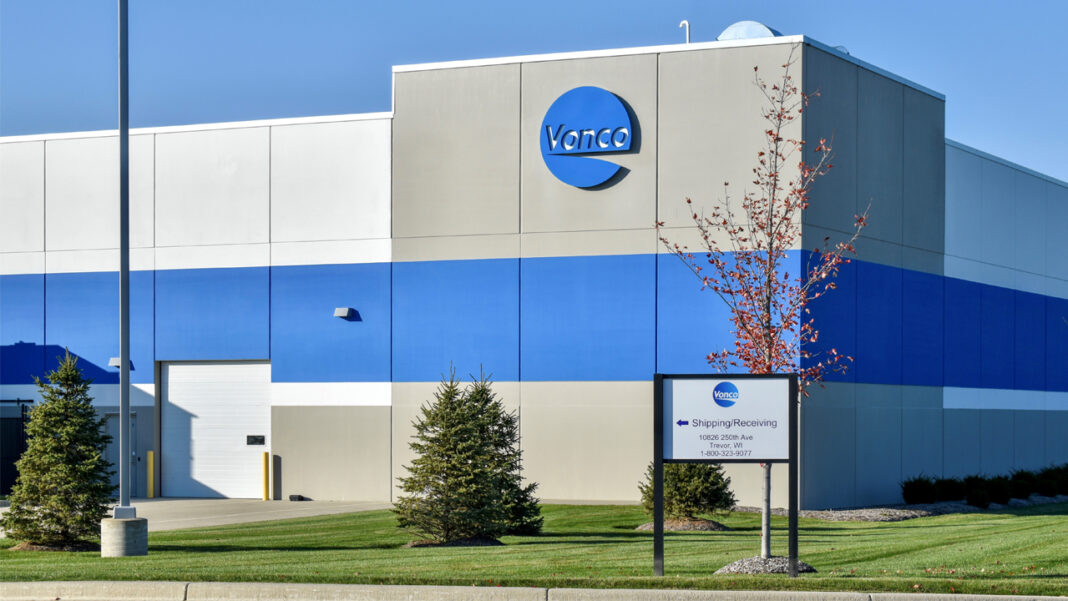 Vonco Products LLC is planning to nearly double the size of its facility in Salem Business Park, according to state records.

The manufacturer of flexible packaging and promotional products is located in a roughly 80,000-square-foot building at 10826 250th Ave. in the village of Salem Lakes.

It is looking to add another 79,500 square feet to the facility on an adjacent 10.4-acre parcel, along with more parking and a paved fire lane. That’s according to plans filed with the Wisconsin Department of Natural Resources by engineering consultants.

Vonco is seeking DNR approval to fill some wetlands to facilitate the expansion.

Company representatives did not immediately respond to a request for comment.

The application also notes the business park itself will expand another 88 acres. The Vonco building addition will be located within the proposed expansion area.

Salem Business Park was developed by the Kenosha Area Business Alliance and the village. It has attracted a number of industrial companies in recent years. Most have moved across the state line, from Illinois.

Vonco was the first to move into the western Kenosha County business park. The company announced in October 2016 it would relocate its headquarters from Lake Villa, Illinois.

R+D Custom Automation, a provider of customized automation systems, announced about a year ago it would move there from Lake Villa, Illinois.

Bristol-based Stabio North America, a producer of cold-formed fasteners and components, is also occupying a roughly 110,500-square-foot building there.