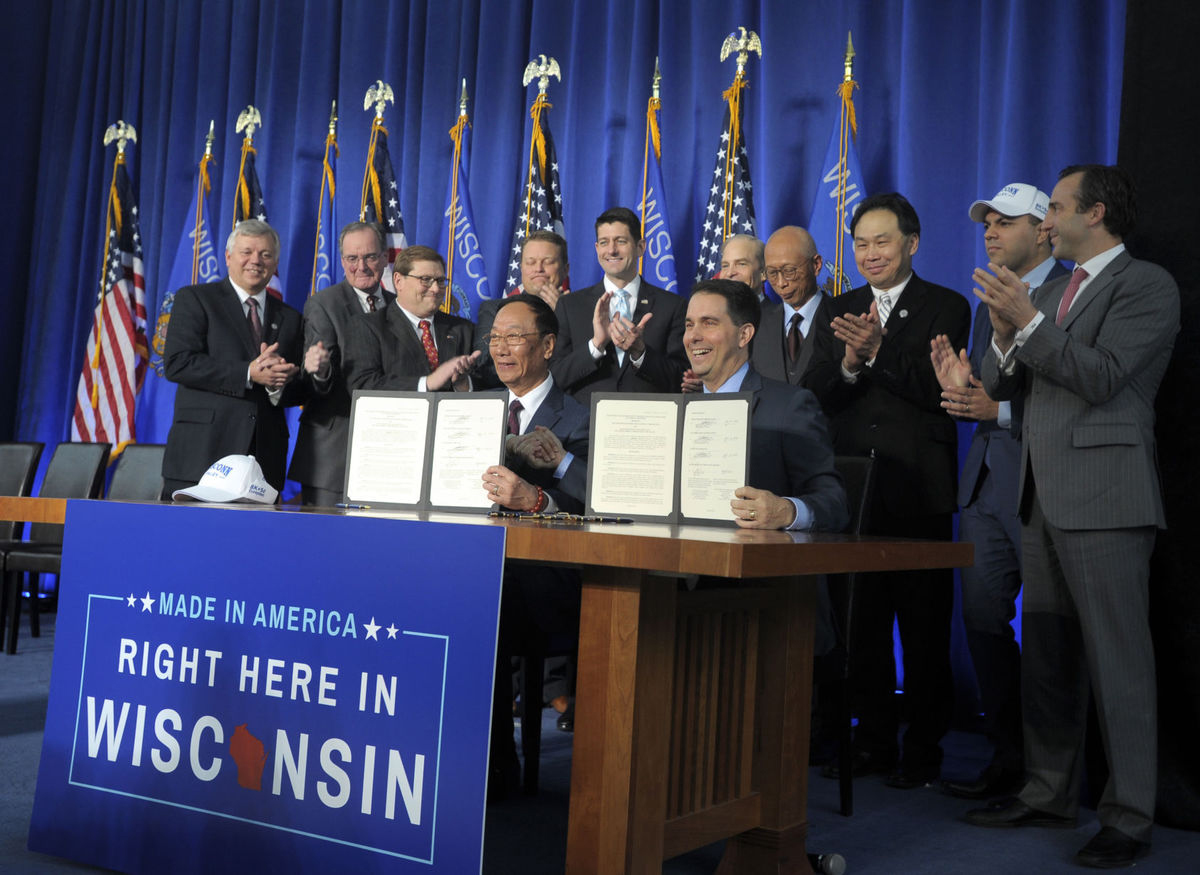 OUR VIEW: Wisconsin is booming

At a time when many states wonder how they will cope with the uncertain economic future that engulfs them, Wisconsin can take a step back to reflect. Our state is booming, and we in Southeast Wisconsin are going to prosper as a result.

Construction of the Foxconn Technology Group campus in Racine County will first bring a small army of construction and trades workers to the area. There will be significant increases in business for landlords and restaurants, of course. Renters and sellers of all kind of construction materials, supplies, equipment, fuel and tools will also feel the bump in business. Estimates suggest the project will mean $1.4 billion in business for Wisconsin companies and suppliers.

On the day the gates open at the Foxconn facility, thousands of employees will start earning paychecks for jobs that don’t exist today. That money, for the most part goes back into the economy — one way or the other. In addition to paying mortgages and car payments, even groceries and gasoline, some of that money will also go into savings and investments — the fuel that ultimately drives our economy.

In the short term, there will be times when Foxconn construction and local infrastructure improvements to support it won’t be in sync. It will be frustrating.

But the total investment by the Taiwanese electronic company will ultimately reach $9 billion. It will, in time, bring the entire community to a higher level of economic well-being.

When you add the other big-time projects announced this year for the region, such as the first North American production facility for German candy maker Haribo, you can see that global manufacturing companies are giving Wisconsin serious consideration. A number of major manufacturing and logistics companies have already given Pleasant Prairie and Kenosha a thumbs-up by choosing our community for billions of dollars of new investment in the past 10 years.

Read the entire article at the Kenosha News.