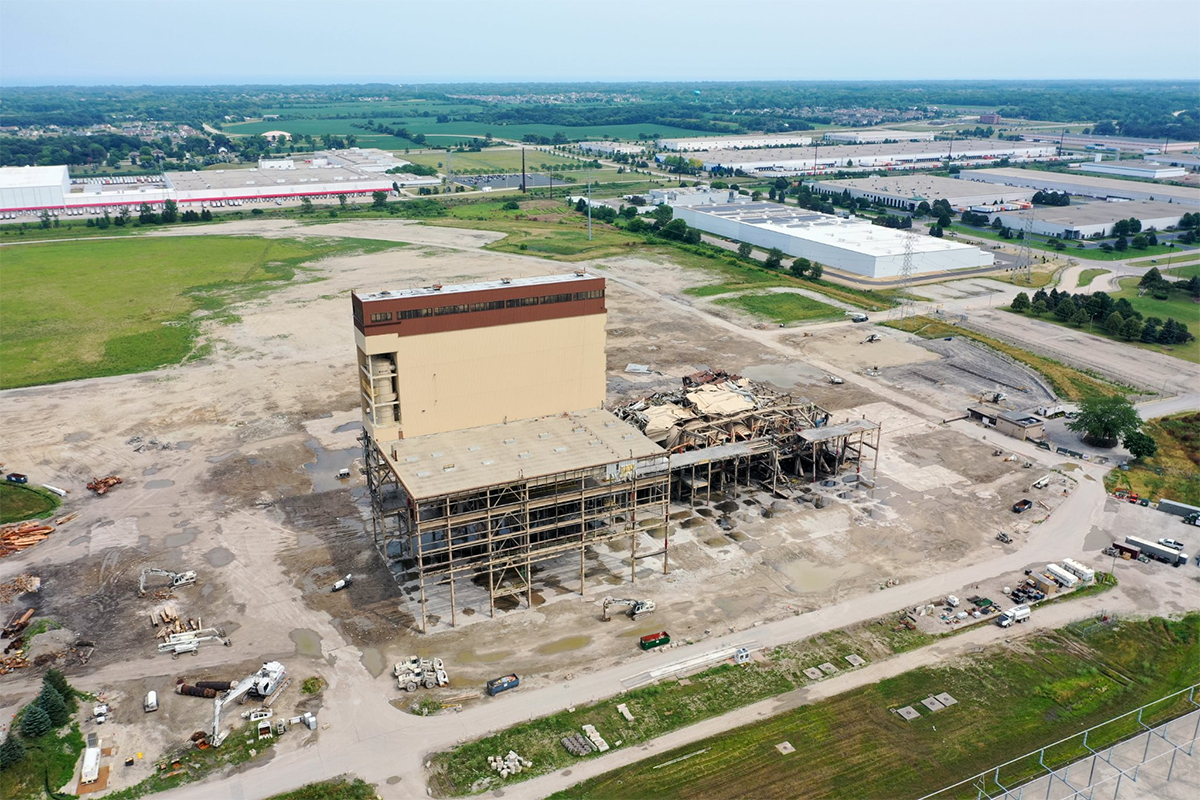 A plan for the redevelopment of a portion of the former We Energies power plant site is moving forward.

The Pleasant Prairie Plan Commission gave favorable recommendations to the Village Board last week to a proposal to divide the property at 8000 95th St., into three lots to pave the way for future development.

The request to redevelop portions of the site came from Neal Driscoll with Dermody Properties, an e-commerce, logistics and industrial real estate developer, on behalf of Wisconsin Electric Power Co., the owner of the former We Energies power plant.

Lot 2 will be turned into an 198-acre industrial park, called the LogistiCenter. Wisconsin Electric plans to keep Lot 1 and Lot 3, which are 102 and 100 acres, respectively. Each property has an existing utility substation that will remain, with further industrial development planned for Lot 1.

The first will be about 550,000 square feet, the second about 620,000 square feet and the third about 1,116,000 square feet, which would be one of the largest buildings in Pleasant Prairie if plans aren’t modified, even larger than the Amazon Fulfillment Facility, 3501 120th Ave.

Pleasant Prairie Community Development Director Jean Werbie-Harris said the redevelopment would add over 2 million square feet to the community as the remaining power plant structures are razed and the site cleared.