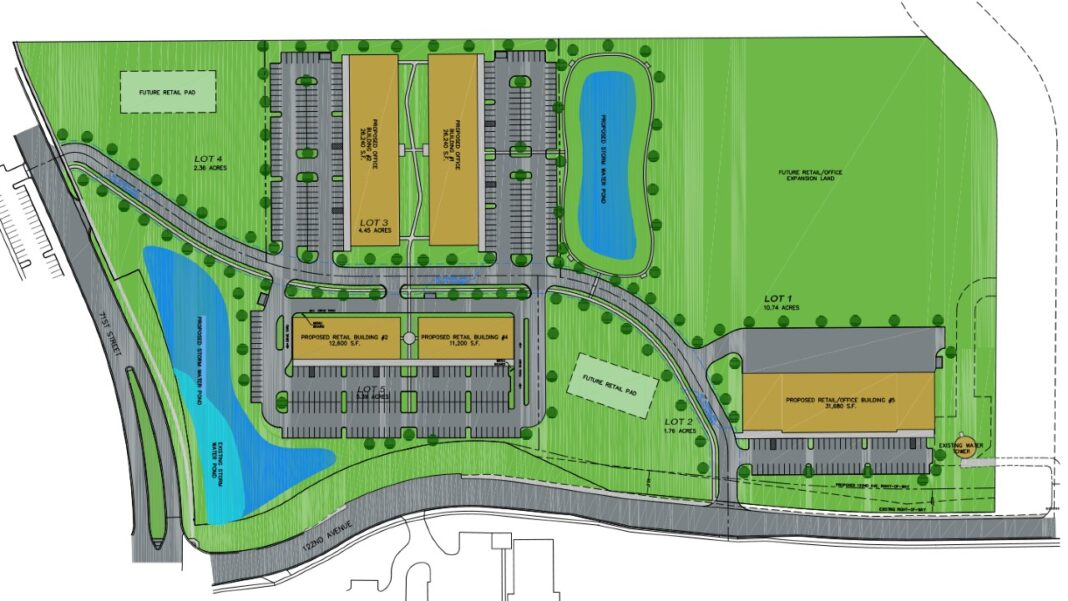 Baltimore-based commercial real estate firm St. John Properties, Inc. has submitted plans for a 25-acre office and retail space development for a vacant site northwest of 71st Street and 122nd Avenue in Kenosha. The site is located in an area west of I-94 north of Highway 50.

In plans submitted to the city, St. John Properties indicates it hopes to complete the first phase of the development by the spring of 2024. The company says it expects the site to attract a variety of tenants and that it will target national and local businesses.

“Marketing efforts will be targeted towards restaurants, hospitality, and retailers. In addition to national retailers, we will market towards companies such as athletic gyms, medical sales, residential service companies such as flooring and tile stores, paint stores, and appliance stores,” Kristen Parks, director of development for St. John Properties, said in a submission to city officials.