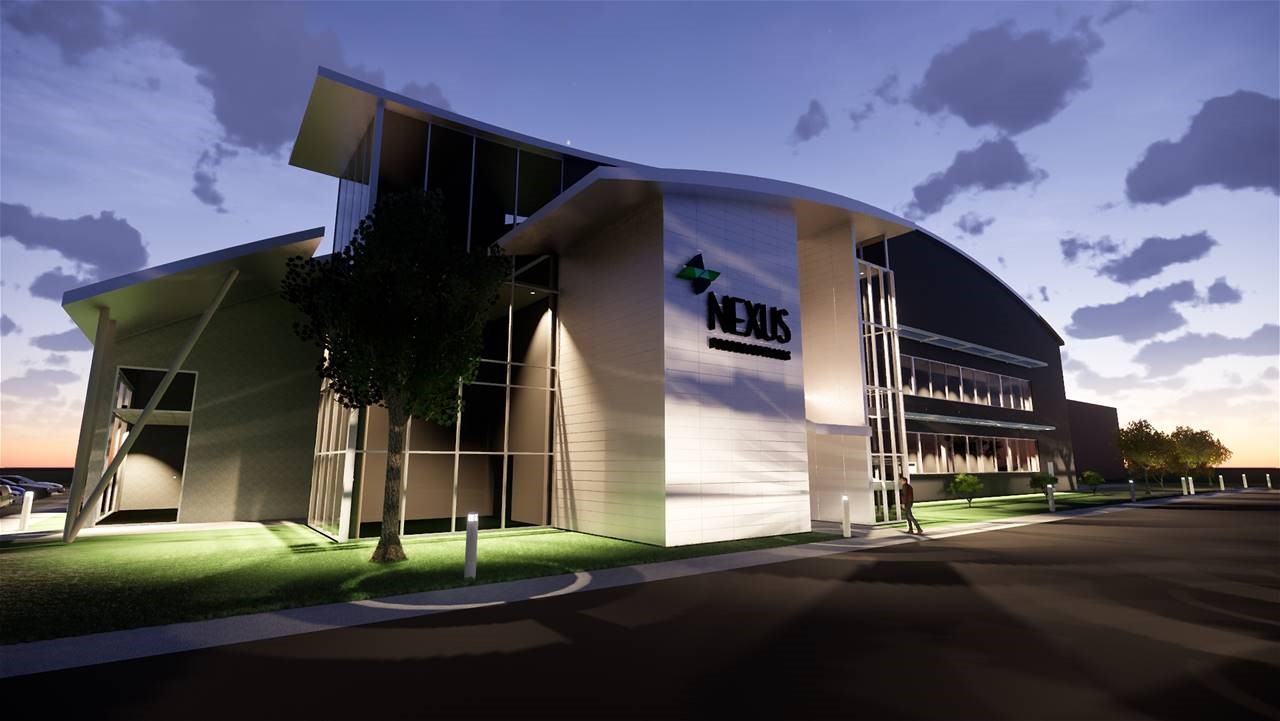 Nexus Pharmaceuticals is a woman-owned, privately-held pharmaceutical company based in Lincolnshire (IL) that produces specialty and generic injectable drugs relied upon by hospitals across the U.S. The Pleasant Prairie manufacturing facility will support the production and supply of drugs in an array of therapeutic areas, including anesthesia, oncology, cardiovascular and neurology. Nexus’ proprietary products are currently contract-manufactured by third-party providers located primarily in Europe and the U.S.

“We are proud to call Wisconsin the new home for our company’s first manufacturing facility,” said Nexus CEO Mariam Darsot. “This investment is needed to drive the continued growth of the U.S. pharmaceutical manufacturing industry. There is increasing patient demand for high quality and accessible generic injections. The addition of our Wisconsin facility will enable Nexus to produce a more stable and reliable supply of sterile injectables, a category that is particularly susceptible to drug shortages.”

The multi-phase project is expected to be completed within ten years, with an estimated total investment of $250 million. In the project’s first phase, Nexus will invest $85 million to build and equip a 100,000 square foot, three-story production operation, construction of which will begin in August and be completed by 2021. After the facility and equipment are qualified, and subsequently approved by regulatory agencies, commercial production is expected to begin in 2022. As part of the project’s first phase, Nexus will hire 77 workers in the fields of high-tech production, engineering, quality control, and supply chain management, at an average annual salary of $70,000.

“This is one of the most significant pharmaceutical investments in Wisconsin in years,” Gov. Evers said. “Southeast Wisconsin is increasingly becoming a destination of choice for high-value manufacturing jobs that require a skilled, educated workforce.”

Gov. Evers announced today the Wisconsin Economic Development Corporation (WEDC) is supporting the project by authorizing up to $1.5 million in state income tax credits over the next four years. The actual amount of tax credits Nexus will receive is contingent upon the number of jobs created and the amount of capital investment during that period.

Economic modeling analysis conducted by WEDC indicates that in addition to the creation of 77 jobs at Nexus’ Pleasant Prairie location, the project could indirectly generate 134 additional jobs in the region. Those 211 total new jobs are expected to generate up to $512,000 annually in state income tax revenue. The construction phase of the project could directly support an additional 237 jobs and a total of 379 direct and indirect jobs.

WEDC Secretary and CEO Mark Hogan thanked Nexus for choosing the Pleasant Prairie location. “We are pleased that Nexus is bringing high-paying, high-skill jobs to the state. We believe the company’s decision reflects its recognition that Wisconsin is a leader in innovative manufacturing,” Mr. Hogan said.

Nexus has purchased a 16-acre parcel of land from the Village of Pleasant Prairie in the Prairie Highlands Corporate Park, located along Interstate 94 north of Highway 165. Nexus will join German candy producer HARIBO and healthcare provider Advocate Aurora as the initial occupants of the park, which is being developed on land the Village purchased from Abbott Laboratories in 2017.

“The Village is honored to welcome Nexus Pharmaceuticals to Southeastern Wisconsin,” said Village Board President Steinbrink. “Nexus is a remarkable company with excellent jobs, strong growth, and high values. I am confident that Nexus will find Prairie Highlands Corporate Park in Pleasant Prairie to be an exceptional location to grow a business.”

Nexus is the most recent in a long line of companies that have made significant investments in Kenosha County. The company will receive financial support through the County’s High Impact Fund.

“Kenosha County is pleased to be the selected site for this impactful development,” said County Executive Kreuser. “The County worked with the Kenosha Area Business Alliance to establish the High Impact Fund precisely to secure high-quality economic development projects like this one. Nexus Pharmaceuticals is an ideal fit for this program and our community.”

The Milwaukee 7 economic development organization also worked to attract Nexus to the region.

“We’re delighted that Nexus has chosen southeastern Wisconsin for this significant investment,” said Gale Klappa, co-chair of Milwaukee 7 and executive chairman of WEC Energy Group. “Nexus brings the high-value job opportunities that our region seeks and can capably support. The company’s decision to invest here highlights – once again – our success in attracting companies that require skilled knowledge workers.”