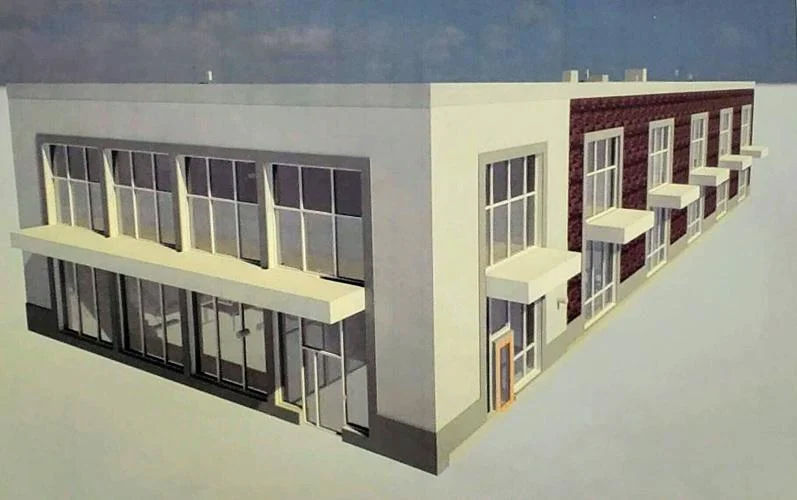 Major projects in the heart of Kenosha will soon rumble to life as major redevelopment projects get going.

Kenosha Mayor John Antaramian said this week that city residents will soon see and benefit from the work being done to rebuild and revitalize the Uptown neighborhood and its surrounding areas.

The area sustained major damage during the civil unrest of August 2020. Many businesses were destroyed and others left the area. In addition, a fire just weeks before the riots leveled a storefront on the east side of 22nd Avenue.

Antaramian said the Uptown neighborhood is already starting to rise from the ashes. During an interview with the Kenosha News, he discussed impactful projects planned for Kenosha.

“The projects that I’m most excited about are in Uptown,” Antaramian said. “Uptown right now I think is the hottest spot for the projects that are moving forward fast. We’ll see infrastructure on the site in the late summer and early fall.”

Antaramian said the former Brown National Bank Building, 2240 63rd St., will be at the center of work being done in the Uptown area.

Representatives from the city’s colleges and universities — the University of Wisconsin-Parkside, Carthage College, Herzing University and Gateway Technical College — along with community-based partners plan to occupy the building to provide a number of resources for young people in and around Uptown. The city purchased the building from Tirabassi Investments in Kenosha and is working with Clark Dietz Engineering and Partners in Design Architects, both of Kenosha, to transform the old bank to fit new needs.

The building has been vacant for nearly a decade.

Antaramian said the building will house the Kenosha Emerging Leaders Academy (KELA), which is anticipated to open later this year, will help to develop the talents of middle and high school students as well as young adults who live in older neighborhoods. It’s a key component of the Kenosha Innovation Neighborhood and will help create a pipeline of local talent to area colleges and future employers.

The academy will serve middle school and high school youth, along with young adult ages 18-24, aiming to provide them with the skills and resources to pursue college, as well as other career paths.

“The Brown Bank will have Carthage, Parkside, Herzing, Gateway, along with the school district’s job program, the YMCA’s middle school program. the Mahone Foundation with their young adults and a generator with start-up companies, and Best Buy with a teen tech center to teach coding and other types of things,” he said. “That will all be in the Brown Bank.”

Antaramian said portions of the Brown Bank building project have already gone to bid and “that should be starting up very shortly now.”

“You’re looking at four colleges that will be in the neighborhood and working with young people,” he said.

After years of planning, Antaramian said new opportunities are finally on the horizon with the development of the Kenosha Innovation Neighborhood (KIN) on the site of the former Chrysler Engine Plant located in the heart of the city. The neighborhood will include an incubator facility and new high school specializing in science, technology, math and engineering.

Antaramian wants it to become a center for innovation to provide enhanced opportunities for the Kenosha community in education, workforce training and economic development, among other things.

In coming months locals he said the community will see new roads constructed at 28th Avenue and 56th Street. By the end of the year, he anticipates breaking ground on the 60,000 square-foot incubator facility for new business start-ups.

The project got a massive boost earlier this spring when Gov. Tony Evers announced $14 million worth of grant funding to help boost development of the incubator facility on the 107-acre property. The city also recently received a $5 million grant from the federal government for infrastructure on the Chrysler site, and $1 million dollars from the state for the STEM high school.

Antaramian highlighted Gorman and Company, which is developing the Uptown Lofts to offer retail, affordable residential space and a much-needed grocery store.

“It will have a grocery store, a restaurant and a K-5 library reading program with housing above it,” Antaramian said.

“Part of what we’re trying to do is not just help to redevelop Uptown, we’re trying to make it livable for everybody, making sure there’s a large difference in the sense of income levels. … We want to create a livable place for everyone.”