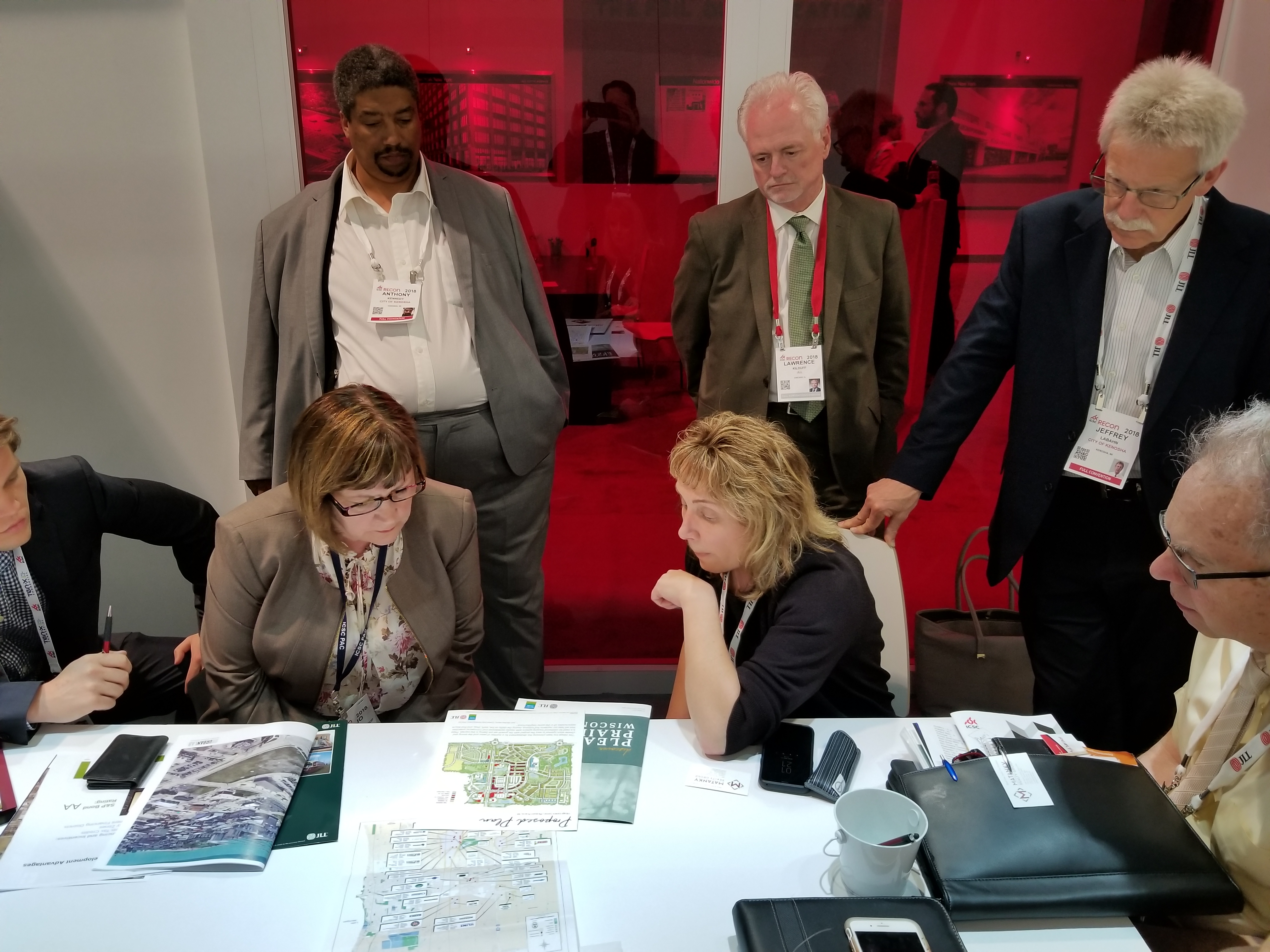 Several Kenosha County representatives told real estate developers and the nation’s retailers at the annual International Conference of Shopping Centers in Las Vegas that they were open for business and listed several specific available sites that could be developed.

The representatives from the city of Kenosha, Downtown Kenosha Inc., the Kenosha Area Business Alliance, Bristol, Pleasant Prairie, Salem and Somers were members of a Retail Strategy Team that was formed to help to attract more retail and housing developments in the county.

The team represents another phase of an overall economic development plan for the region.

KABA formed the team and enlisted Jones Lang LaSalle, a Chicago-based consulting company coordinating the strategy. Larry Kilduff, JLL’s executive vice president for Midwest Market League Retail, said they began working on a strategy for the team a year ago. He said he knew that making a combined effort would make an impression on developers and prospective retailers.