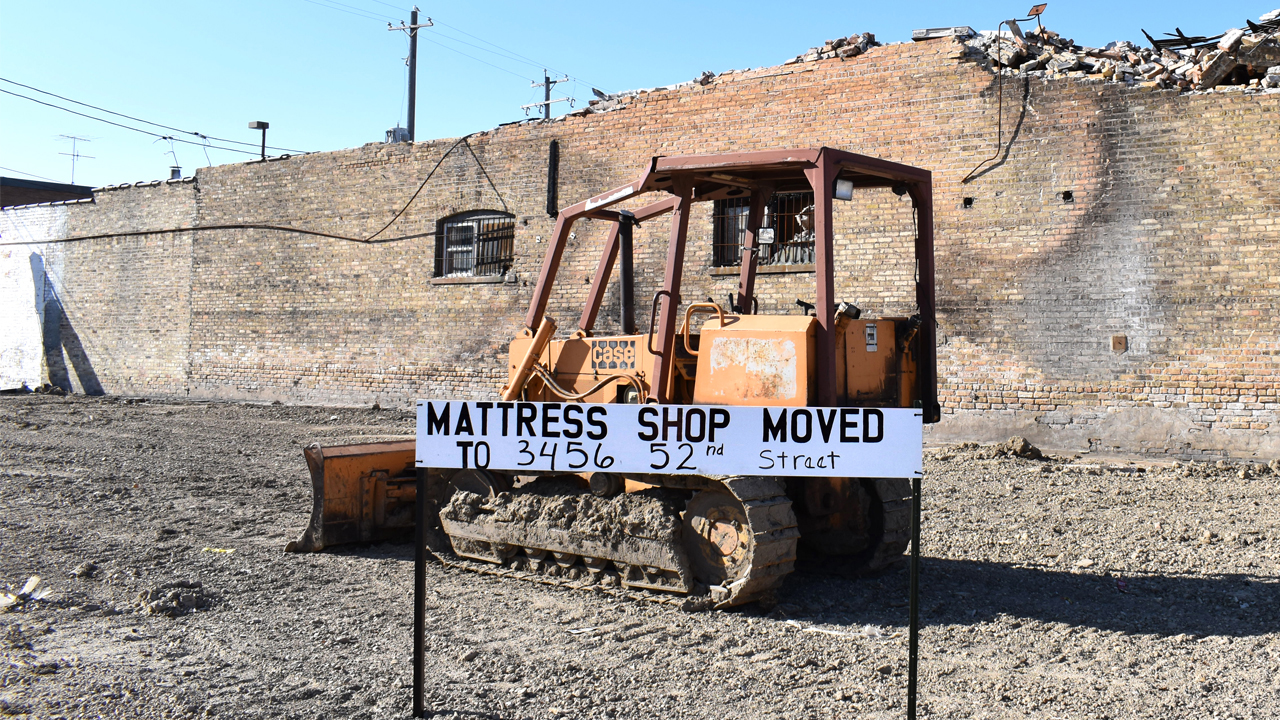 Kenosha business owners displaced by the violent protests following the police shooting of Jacob Blake that left portions of the city burned to the ground last summer are still reeling from the aftermath more than seven months later.

For some business owners, the lasting impact has been emotional, while for others the complete loss of their business has left an indelible mark on their finances.

B & L Office Furniture is one of 70 businesses that were damaged during the riots, which Kenosha officials say caused more than $20 million in damages. The office furniture store was located on 60th Street when someone broke through display windows and set an office chair on fire.

Linda and Bill Carpenter started the family business more than 40 years ago and, before August 2020, had planned to scale back and maybe even retire. But B & L was destroyed along with its entire inventory, which had a combined estimated value of $1.5 million.

“Nothing was salvageable,” said Scott Carpenter, manager of B & L. “Dad tried to save some post legs, like what you would use to make a table. He cleaned them, wiped them off, used Goof Off and oven cleaner, those things still stink.”

B & L reopened in the Kenosha Trade Park on Highway 50 in October with the help of Kenosha Area Business Alliance loans and grants from local organizations. The new location is much smaller, and the business is still behind financially, but Carpenter feels good about the future.

“Looking at the numbers, there’s growth from what we did last year to this year,” Carpenter said. “And even in a pandemic society, business is still doing well for us.”

B & L was insured, felt supported by the community, reopened and is now on the mend. Yet Carpenter is still grappling with the why of it all, especially for business owners still in limbo.

“They were wiped out, probably wiped out some of their savings too. For what? What purpose did it serve? It’s too bad and really sad for those people,” Carpenter said.

The Kenosha Police Department is still investigating and said individuals have been charged with various crimes from the riots, including looting and arson. However, the department declined to provide any further details.

“I am certain that at some point, we will share that information with the public so that the citizens of Kenosha can know that those who are responsible for the damage caused during the unrest are and will be held accountable for their actions,” Kenosha police lieutenant Joseph Nosalik said in a statement.

The program provided physically damaged businesses with 0% interest loans of up to $50,000 and a 4-year minimum repayment period. KABA has also partnered with Wisconsin Women’s Business Initiative Corp. and the Small Business Development Center to provide impacted businesses with entrepreneurial and financial workshops.

The commercial district in Kenosha’s Uptown neighborhood on 22nd Avenue between 60th and 63rd streets was hit hardest by the riots, especially the western side of the block.

At least three businesses on the block have relocated in the neighborhood including the Good Taste Ice Cream Shoppe, Uptown Beauty and the Mattress Store. The Furniture Warehouse moved its inventory to its Racine location.

Computer Adventure, a computer repair shop on the less-damaged east side of 22nd Avenue, has since reopened. The store was looted heavily during the riots and several of its clients’ personal computers were stolen.

Gorman & Co. has proposed redeveloping a retail building on 22nd Avenue, which burned in August and has sat boarded up and vacant ever since. The developer’s plans call for a mixed-use development with commercial space on the first floor and affordable apartments on the second floor.

For the proposed project, Gorman has applied for new market tax credits and housing tax credits. Once tax credits are approved, Gorman will begin the approval process with the city, said Ted Matkom, Wisconsin market president at Gorman & Co.

The project would take up to 18 months, but it may be possible to get displaced businesses back on the first floor sooner, Matkom said, adding that Gorman would like to be in the ground by fall.

If the new development is completed as planned, Matkom says it would attract other developers and revitalize the 63rd Street corridor, including portions of Highway 50.

“When you have a new campus of development, you really spur new ideas and opportunity to come in once they see the traffic it creates,” Matkom said. “I really think this will be a catalyst for people to look at that whole area differently and invest in it.”