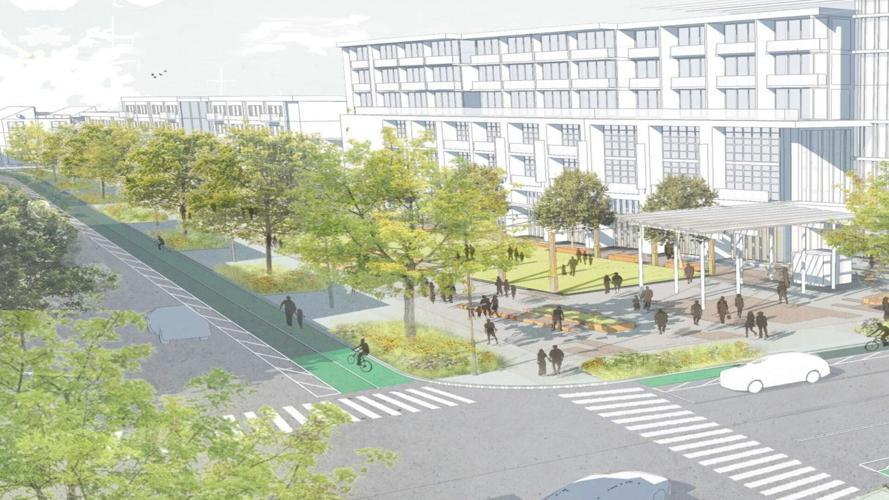 Asolar panel lighting system for Kenosha’s Innovation Neighborhood will receive a $3 million boost from federal funds as the city plans to pave the way for roads and infrastructure this summer at the site.

The city’s funding comes as a result of more than $255.7 million in congressional spending directed toward Wisconsin projects and is a part of the bipartisan Omnibus Appropriations Act for the 2023 fiscal year, according to U.S. Senator Tammy Baldwin, D- Wis. Baldwin, a member of the Senate Appropriations Committee, announced the funding had been approved late last month as the Senate voted 68-29 in favor of the bill.

The city’s solar panel project in the innovation neighborhood includes solar-powered streetlights and solar lighting in the project’s first plaza. The solar panel system is part of the city’s commitment to maximizing renewable and sustainable energy use on the site, which will also include solar energy use for pedestrian and bike path lighting.

“I’m very excited and very appreciative of the senator and all the hard work she did that enabled us to get those funds,” Antaramian said.

The mayor said the city made its request for help on the project to Baldwin last year.

“She was very excited to be helpful in doing this project,” he said.

Antaramian said the solar panel project would be part of the infrastructure and road paving in the new innovation district.

“The intention is to be breaking ground for the roads and the infrastructure sometime this summer,” he said.

Kenosha Innovation Neighborhood is the city’s ambitious plan to transform the former Chrysler factory site into an innovation district at property east of 30th Avenue between 52nd and 60th streets.

The proposed $1 billion project aims to revitalize the 107-acre site anchored by the innovation center and the LakeView Technology Academy, which will relocate from Pleasant Prairie to the heart of Kenosha.