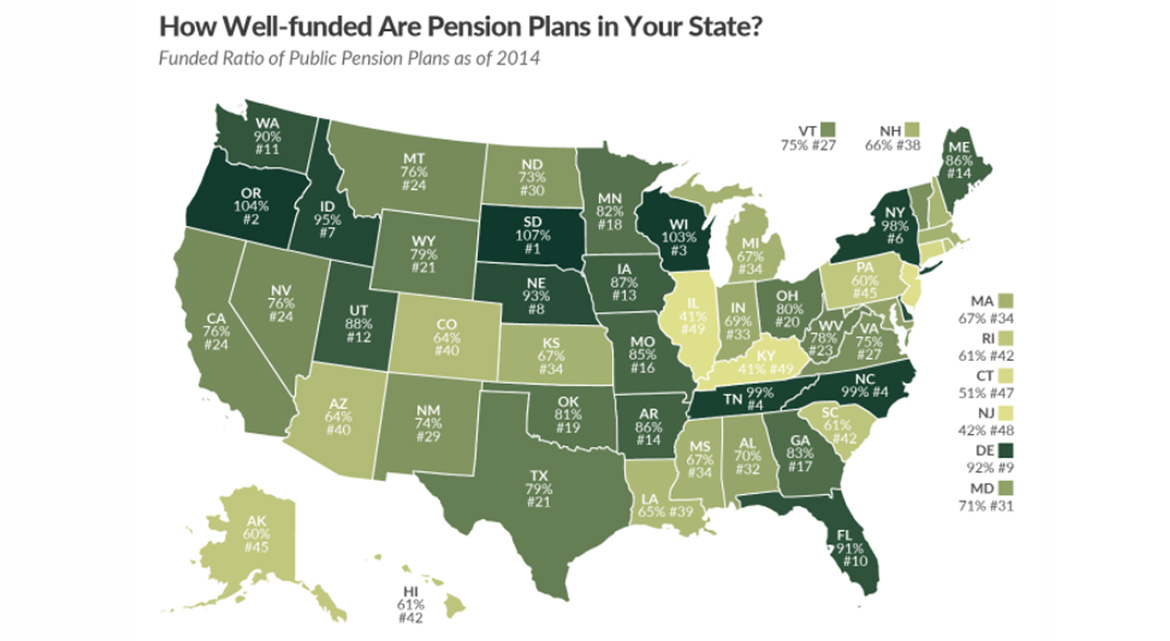 A new report by the Tax Foundation ranks WI #3 for best-funded pension system in US, best in the Midwest

According to preliminary 2015 data, state and local pension debt now exceeds a combined $1.5 trillion. Strong returns on investment (averaging 17 percent in 2014) have helped to reduce the debt, but the message is still clear: many states are facing a pension crisis.

Both Kentucky and Illinois have a funded ratio of 41 percent and are tied for the lowest funded ratio in the country. On the other end of the spectrum, three states – South Dakota (107 percent), Oregon (102 percent), and Wisconsin (103 percent) – have funded ratios above 100 percent.

Pension obligations must be fulfilled eventually. Policymakers should consider that reform now may be less costly and less painful than coping with a larger crisis later.

Read the entire story at TaxFoundation.org.