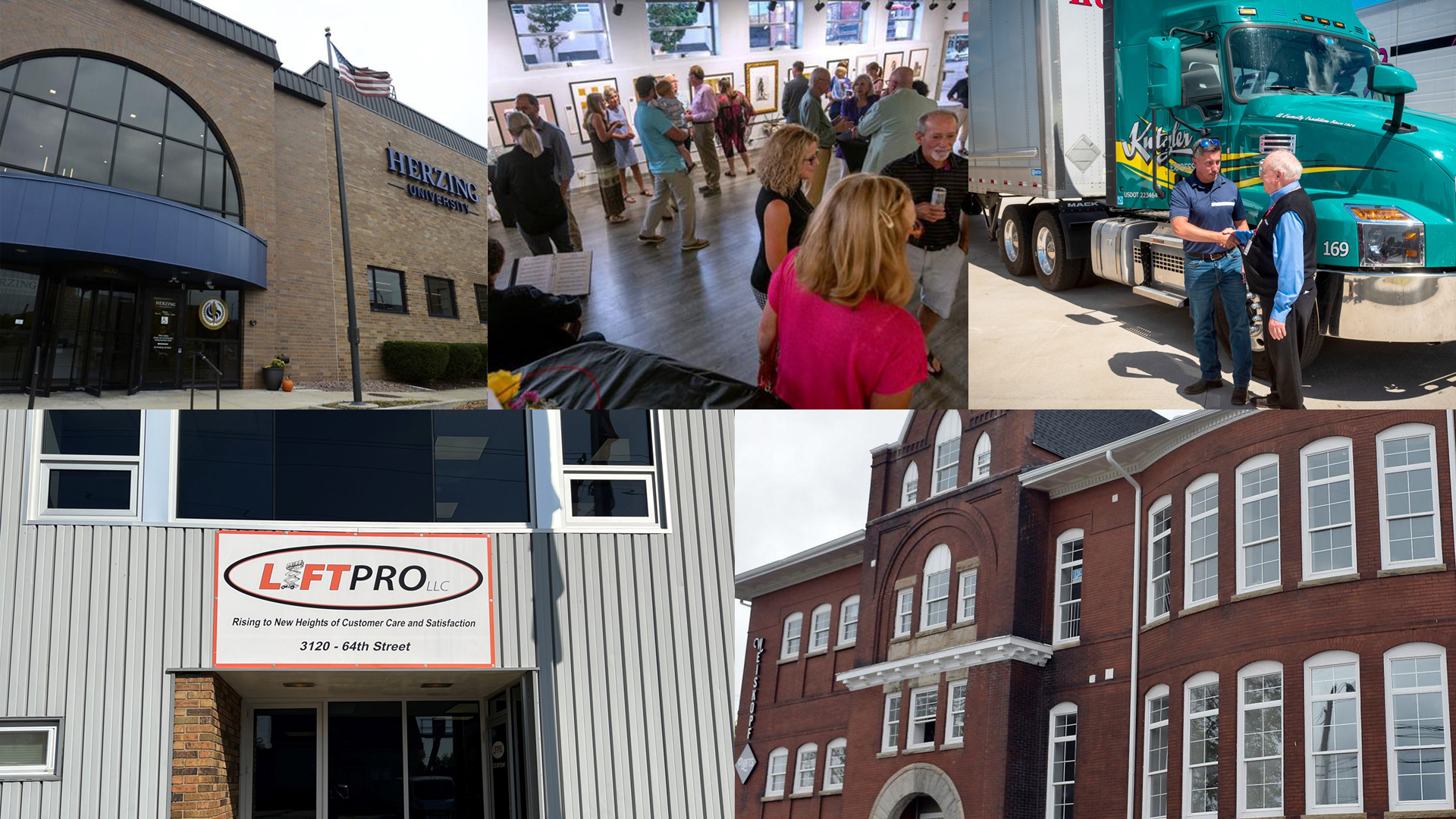 Herzing University, a private, nonprofit university headquartered in Milwaukee, moved its Kenosha campus into the former Kenosha News space in downtown Kenosha in 2020.

The university has evolved from its founding in 1965 as a computer training institute to now include campuses in seven states plus an online division. Herzing changed its name from college to university in 2009 when it added graduate programs.

The work of Kenosha Creative Space, a nonprofit aiming to create economic opportunities for local artists, musicians, creatives, entrepreneurs and other local organizations, takes many shapes.

The organization is behind Create @theSpace, a weekly open jam, creator and studio night; the Kenosha Mural Project, which was recognized by the Wisconsin Main Street Awards program as best public improvement project in 2015; pop-up galleries; Students Spotlight @theSpace, a partnership with Carthage College that provides live music performance and networking opportunities; BeExposed! To the Arts, a series of events showcasing local artists and creatives at different locations; and Creative Space Fest.

KCS has also played a role in helping businesses like Blue House Books, Hot Mess Studios and BLAK Coffee get off the ground by providing physical space and other resources.

Land Quest Realty works in all elements of real estate, from brokerage services to renovations to property management and beyond, and owner Ryan Douglas has been involved in the Kenosha and Racine communities for decades. He’s given time and resources to organizations like Habitat for Humanity, HALO, Kenosha Dream Playground, Great Lakes Community Conservation Corps, Uplift 900, and First Choice Pre-Apprenticeship.

The company’s recent projects have also had an impact on the community, preserving historic buildings and adding to the availability of apartments.

Kutzler Express has a legacy that stretches back to 1927 when, as Waukegan-based Kutzler Cartage, it was one of the first firms to run freight from Chicago to the north shore of Illinois. The company moved to Kenosha in the 1950s and today has more than 150 employees.

In the past two years, the company has added more than 60 employees, bought property for a new trucking terminal, added a 401(k) program, doubled profit margins and increased revenue by 52%.

“I have just been trying to stay strong and consistent during the pandemic and to let our employees know that they will always have a place to work and home to go back to,” said Tony Kutzler, the fifth-generation to lead the business. “The past three years have been unpredictable, but we have been growing and providing more opportunities for our people.”

Founded in 2008, Liftpro started in a 4,000-square-foot building before moving to a 25,000-square-foot facility in 2012. The company offers a full line of aerial lifts for rent or purchase, including scissor lifts, boom lifts and push-around man lifts.

Liftpro has invested more than $3.5 million in new delivery trucks, van and rental equipment and more than $400,000 in its building. The company delivers throughout southeastern Wisconsin and Chicagoland and provides service on customer-owned lifts and transportation for customer machines. In the past three years, Liftpro has more than doubled employment to 14 and its revenues have topped $6 million.